Folding Bikes: A folding bike works in exactly the same way as a standard bike, but the only difference is the design. Folding bikes are designed in such a way that, when not in use, they can be folded into a much smaller and more compact size. However, folding bikes are not one in it. 2021 folding bikes come in a large selection and variety of features, colours, and sizes.

There is almost an unlimited selection of folding bikes in 2021 with a small group of talented folding bike companies developing these bikes for you to choose from. No matter what you like, whether it’s a mountain bike or a city cruise, you will find a folding bike tailored to your needs.

Some full-size folding bikes can come with an impressive 24 gears, and some will sport 20-inch wheels the size of a BMX bike frame. Then you will have bicycles that only come with a single-speed or have nine speeds and more than 10 or more. There are some that have electric motors, but they frustrate the purpose of a traditional folding bicycle if you are looking for something that you can pedal that is small and compact. We are not going to cover electric bikes here because it is a whole new topic.

If you are a commuter, folding bikes offer numerous advantages over standard bikes, starting with the most obvious and most important reason for their existence: they can be folded up and carried to any type of public place. Whether it’s a store, a building, an office, public transport, or anywhere most bikes can’t get in, you can easily carry the folding bike.

Also, having a folding bike is a good deterrent against theft and it is very difficult for the police to trace a stolen bike unless they are caught immediately. After an hour or so, when the thief brings the bike home, there is a good chance that he will never see it again. Therefore, it is practical, safe and less risky to have a folding bike if you are concerned about someone taking your bike out of the bike rack.

In most cities, I don’t know what city you can live in, but space is a big problem. Especially if you live in a place like Los Angeles, New York, Chicago, and many other areas. Space there is a really big problem and if you have a traditional bicycle you know the pain and suffering of trying to take it everywhere. Especially for people who live in high-rise apartments or on the top floor of a building. Not all buildings have an elevator that you can use and sometimes for apartments you will have to climb the stairs.

You can hide a folding bike in a small bag, you can put it firmly in the trunk of a car, you can easily carry it upstairs, you can carry it to an elevator and nobody will bother with a traditional large wide frame bike so you don’t have to worry about it. It is crowded and many other places that make having a folded bike so beneficial. You can even take them on planes.

There are many designers folding bikes from companies like Brompton and Dahon. A third close competitor could be the Xootr Swift, but that has its downsides and its advantages. Here are some of the things included in a well-designed folding bike:

Fortunately, you never have to worry about the collapse of the bike, which seems to be the main concern of the new bike owner. The way a folding bike works is that when it’s on the move, there is a technology in place that will actually lock and collapse so that the locking mechanism can’t be opened. If your wheels are moving, that hinge cannot possibly open or allow you to move it. Choosing is fine, top-quality folding bike in 2021 has become simple, online networks are doing very well.

They usually manage to do this for the seats. If you have seats pressed all the way down, meaning someone is sitting on them, you will find it impossible to fold them down. You will have to get off the bike and release the seat post and hinge before you can fold it, so don’t worry about safety precautions regarding unexpected folding of the bike, it cannot happen physically.

What is the best folding bicycle that exists?

This is a loaded question and one of the most frequently asked questions by new bike owners who just want to explore what options there are. Let’s discuss some key quality features that are used to select the best bike:

How many gears do you want a folding bicycle to have? How fast do you want to go and what exactly do you plan to do with the bike? If you only commute a few blocks to and from work every day as a casual commute, you can honestly get away with a single-speed bike or a 2-speed bike. Sure, you can carry an 8-speed folding bike, but that’s really not necessary and it’s a bit of a stretch.

Speed ​​is another aspect that you should consider. Do you want to go fast? Do you just want to surf and relax with the sweet sounds of birds in the morning? Different folding bikes were made with different speeds in mind. You will need different bikes to gain momentum to climb fast hills, but they will cost you more money due to the additional components needed to make it work.

Most importantly, taking into account all the factors, what is your budget for a folding bike? It depends on the competitor you are going with, but there are some different recommended companies for folding bikes. First, there is the Dahon and then there are the Brompton bikes. Are there other bikes out there? Sure, but none rivals the quality and price of these companies.

I know this sounds like a weird factor, but wheels have to be considered because the size of the wheels will largely determine ease of storage and transport. Do you have a small suitcase that you need to place the bike? You will most likely be out of luck if you get a folding bike with 24-inch wheels. You should shoot a bicycle with 17-20 inch wheels to make the most of the place where you can take the folding bicycle and store it.

You can expect to pay between $ 200 and $ 700 when you get a bike from one of those two companies. At a competitor that offers inferior products, you can expect to pay up to $ 2,000 for the same bike or even inferior bikes. They do this because they don’t have nearly as much business as the industry’s top two dogs and they have to brand their products to stay in business.

What are the best foldable bikes recommended for new riders just starting out or just looking to get their toes wet?

This is one of the best travel bikes, plain and simple. For your money, you won’t find another great commuter bike like the Dahon Vitesse D7. There are many great features on this bike including:

The Brompton M3L outshines much of the competition and is one of the most popular folding bikes to ride in the city. The Brompton M3L has its appeal in that it folds smaller than almost any other major bike on the market and is a great value for beginners just looking for their first folding bike.

Don’t make a decision yet because one of the world’s fastest self-proclaimed folding bikes is the Verge X10. It is also a very lightweight bike that appeals to anyone who wants something that has a lot of added value by being lightweight. This one has the frame for a road bike and is designed to ride like a road bike. You’ll be flying through the streets in this thing as you navigate the 10 different gear setups.

This bike only weighs 21.3 lbs. and outshine competitors at almost every level possible. It’s the near-perfect bike if you need to constantly climb stairs, constantly pick it up, or just want a high-performance bike for other reasons.

What about those who want to work with sleek, high-end models of folding bikes? If you’re looking for something that has a little more and a kick, then you should definitely take a look at the Tern Verge line of bikes. They are very good, they respond very well on the road and they feel really smooth. They are designed to be high-performance bikes and are built with two philosophies in mind: super light and fast because those are the only two things that matter when you are looking for performance and speed.

So what about bigger bikes that are regular in size compared to traditional bikes but can still fold? That’s where Private Montague comes in. This is one of the largest folding bikes out there and has some amazing 26-inch wheels, but it has 24 awesome gears to climb even the steepest hills. You will definitely have no problem gaining speed on this machine.

The Montague trooper is a themed front suspension mountain bike that also folds in half. You will get all the usual features that are usually included in a mountain folding bike 2021 and you will also get the powerful disc brakes that are included. The only small size is that it doesn’t fold very well in small sizes and you may have trouble adjusting it in many places.

This is more of an apartment storage folding bike 2021 than something you carry on planes or taxis for transportation. Still, you get the benefit of not leaving it outside or in a garage somewhere where spiders can find a new home and rust / corrode. 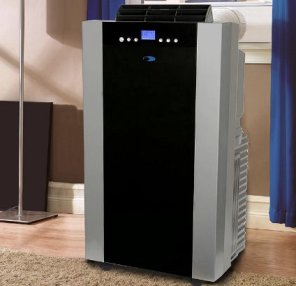 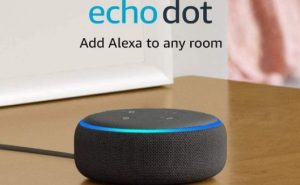 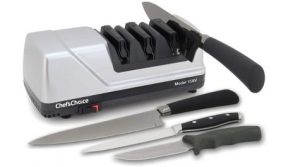